On the 17th September, the team attended a handover meeting at St. Patrick’s Catholic Primary School in Corby, following the completion of the latest phase of works, which consisted of extensive works to the school’s external areas.

In order to improve the School’s early years foundation stage (EYFS) external soft and hard play areas, significant work was carried out to improve the drainage of the internal courtyard, alongside upgrades to north east boundary of the school. A replacement canopy has also been erected, allowing a sheltered space where the reception pupils can play whilst protected from the elements. 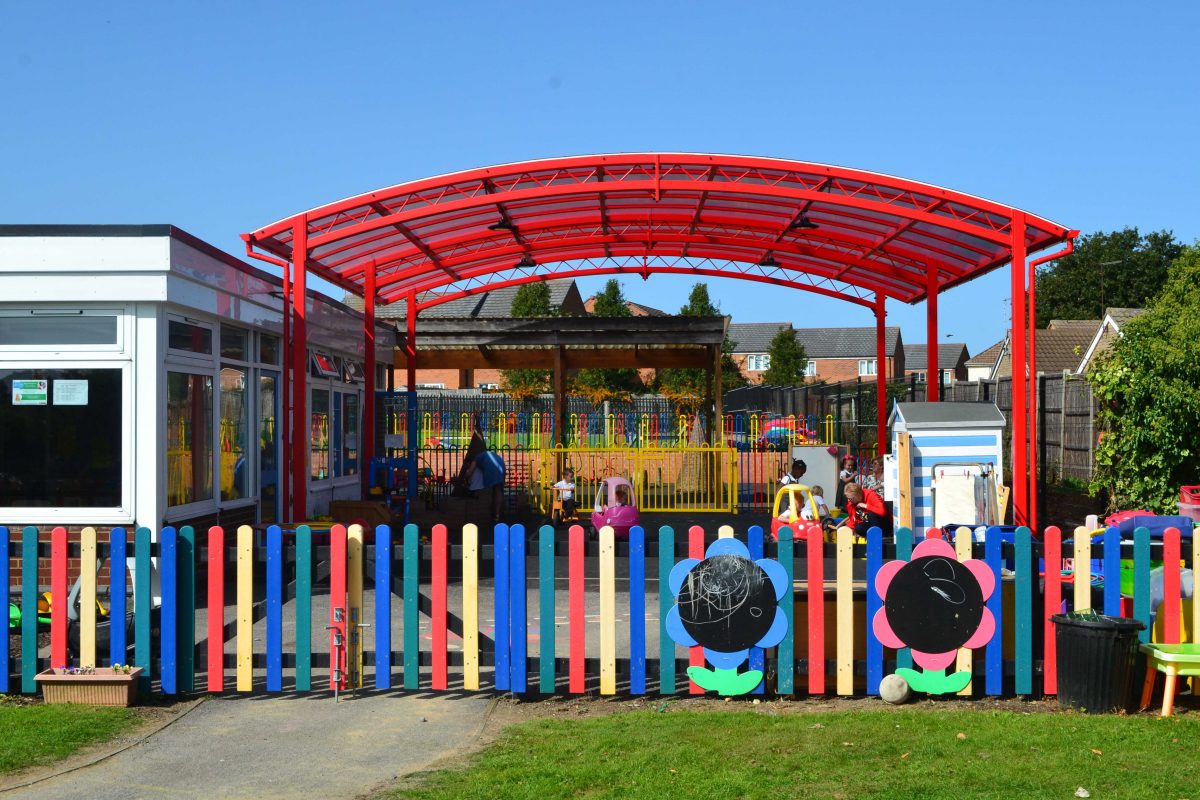 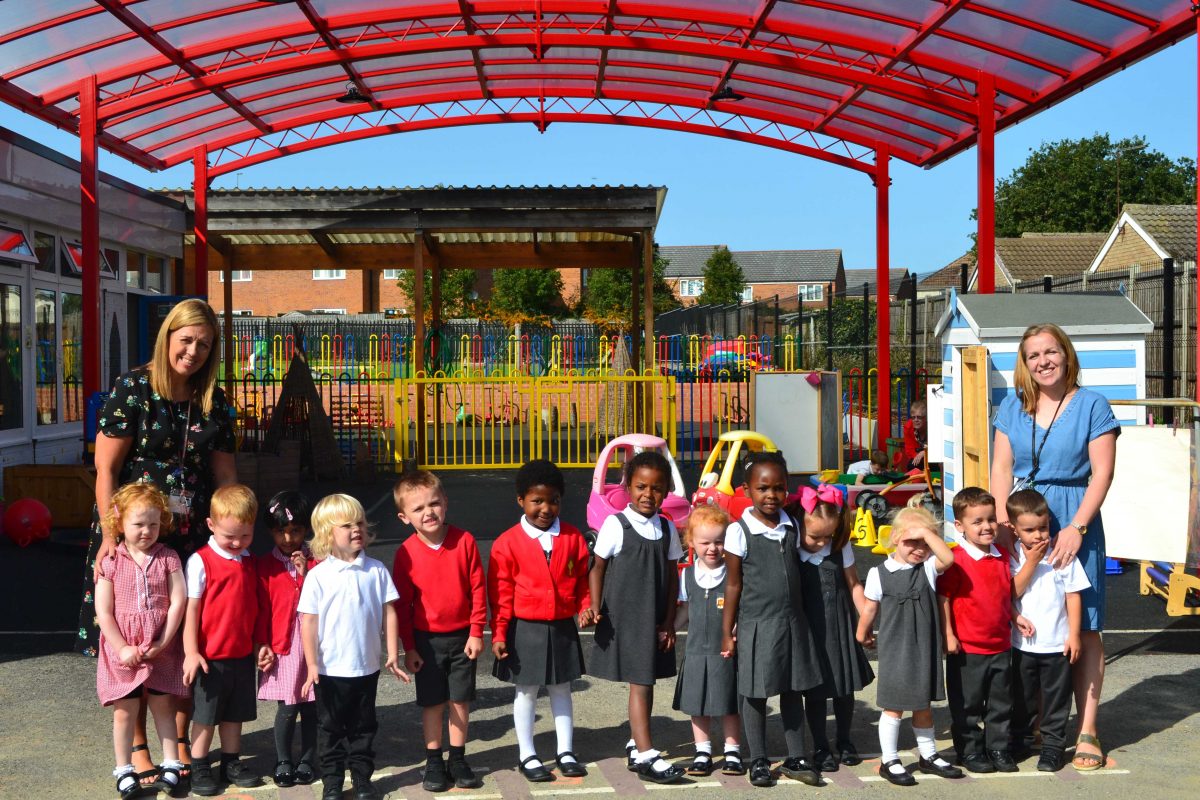 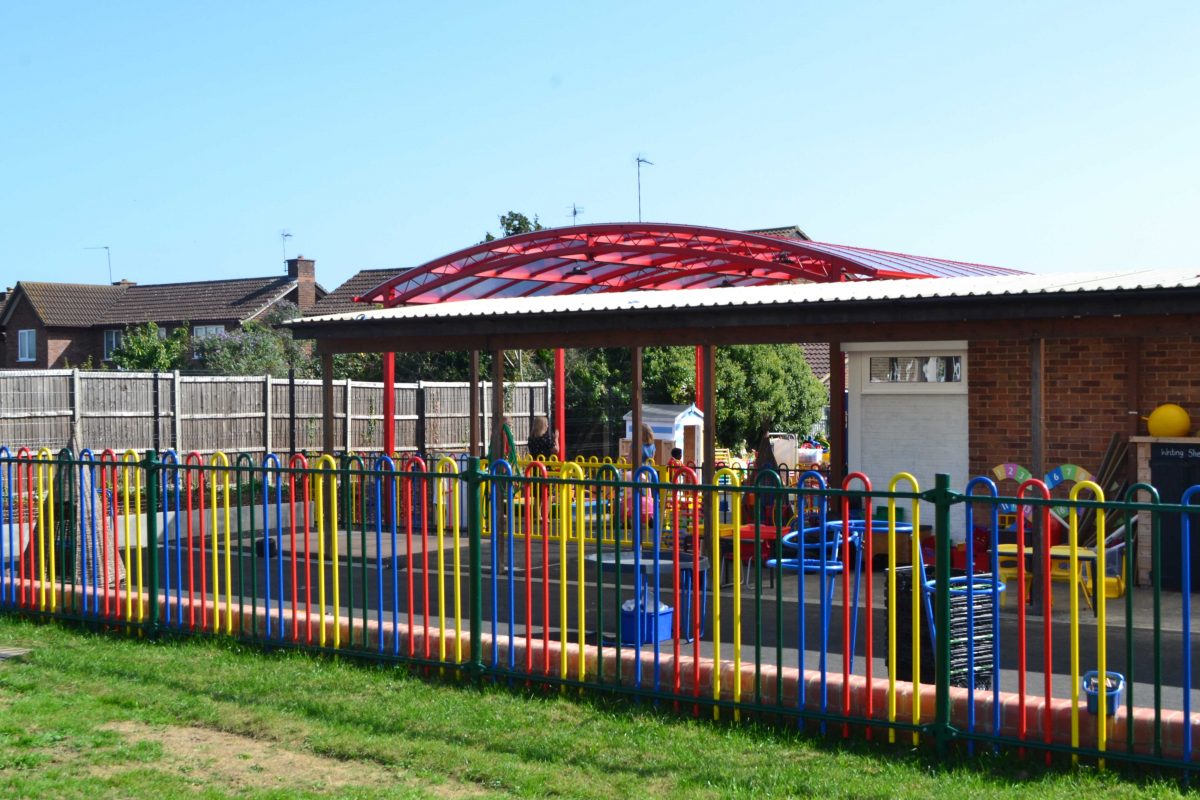 We would like to thank all parties involved in this project. Myself, my team and the children are so happy with the final outcome.”

The works, which have been funded by Northampton Roman Catholic Diocesan Trust, are part of the latest phase of improvements that GSS have made to the school, having carried out a number refurbishment and alteration projects there in the past. Previous works have included the widening of circulation routes, resurfacing of existing paths, re-roofing and W.C refurbishments. These ongoing projects continue to build upon our strong relationship with the school, which began with the construction of the original buildings on site.

GSSLLP were appointed as Quantity Surveyors on the project, alongside GSSArchitecture’s Special Projects Team working as Architect and Principal Designers, and Main Contractor, A P Lewis.